Michel Huneault captures the town of Venise-en-Québec
underwater—then he returns to watch the town re-emerge.
Originally featured in Geist 85. 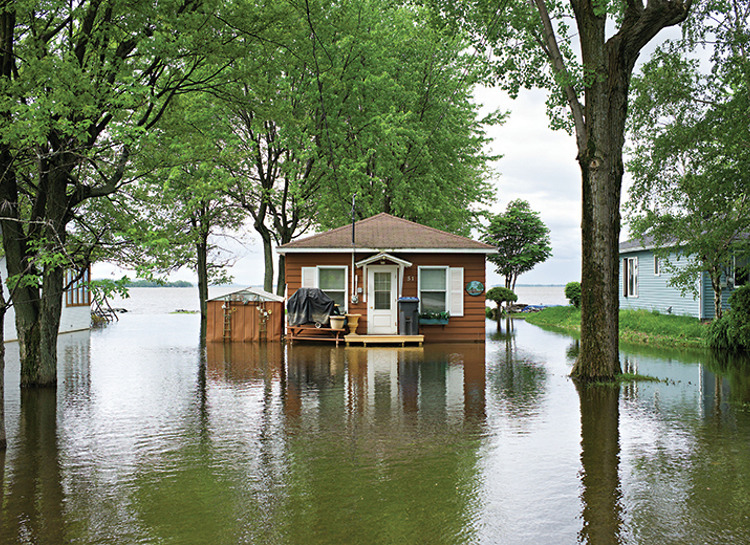 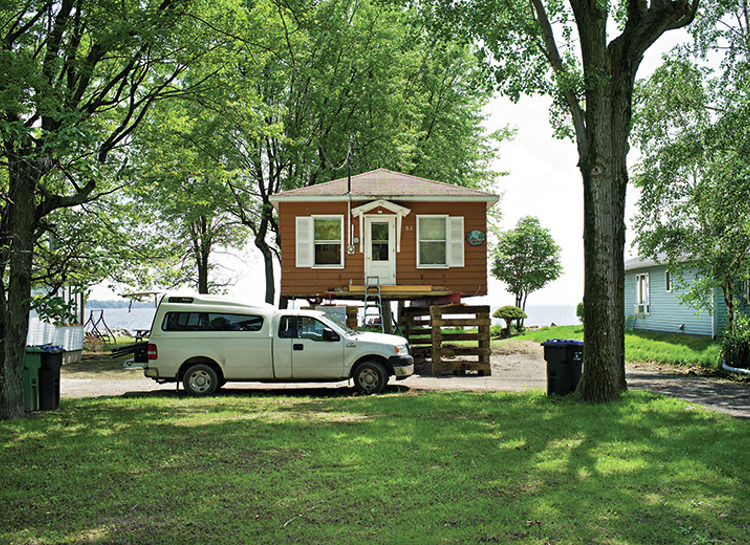 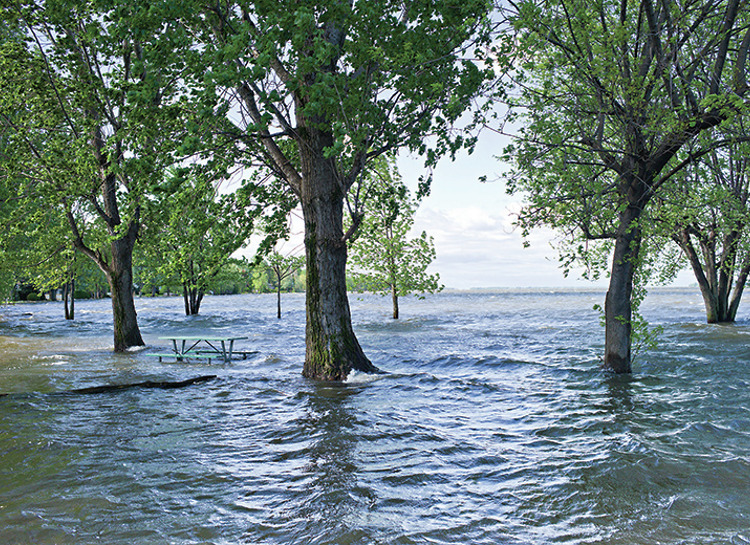 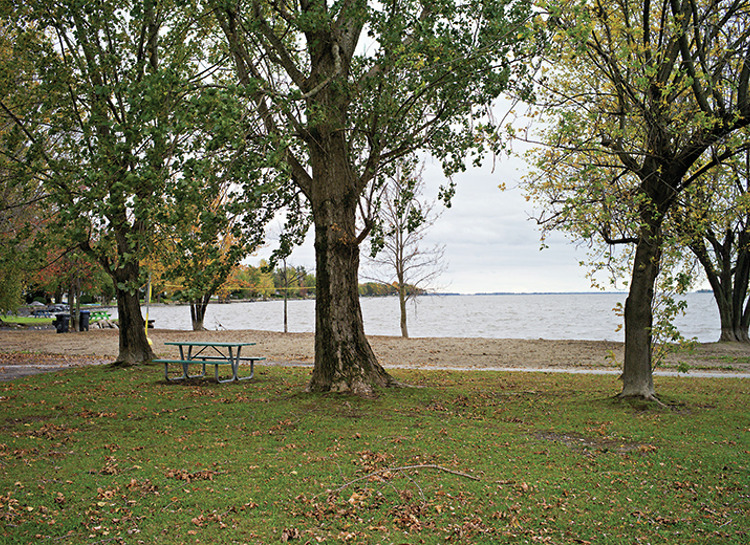 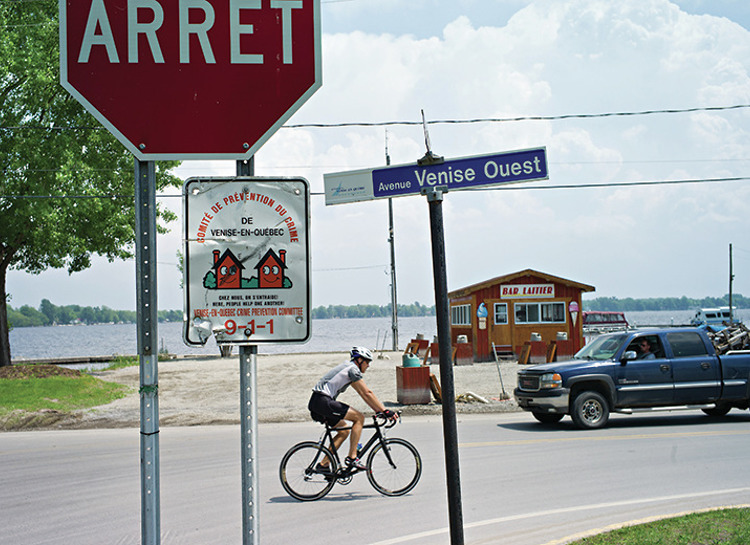 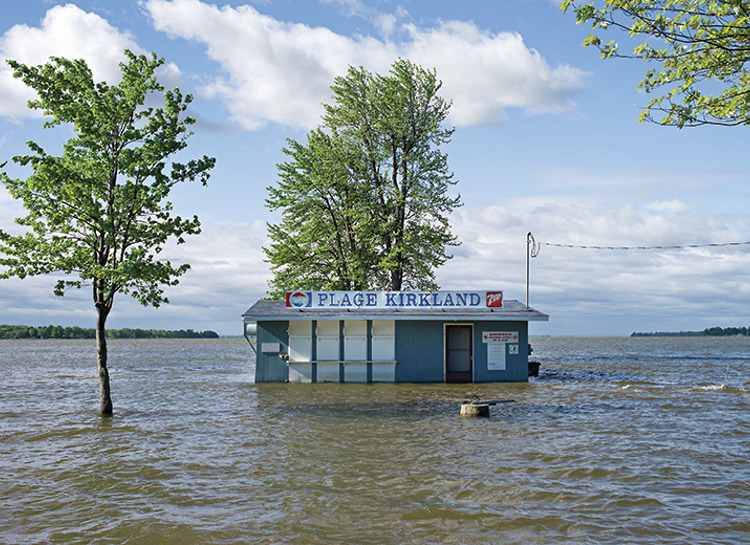 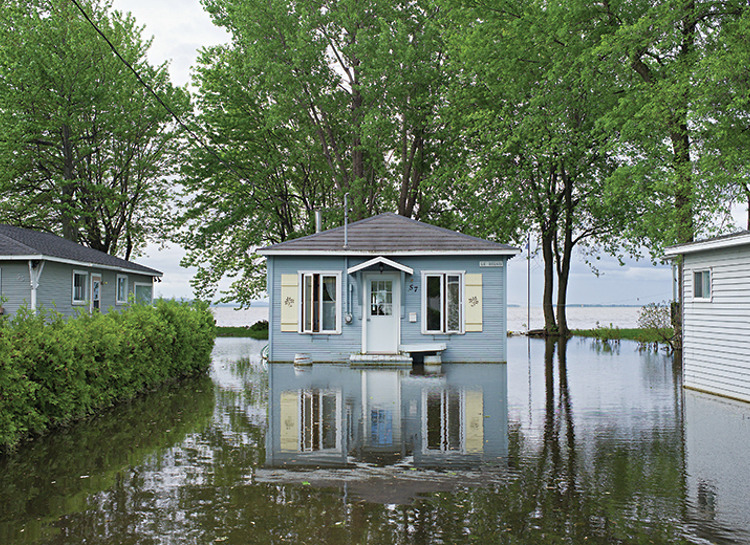 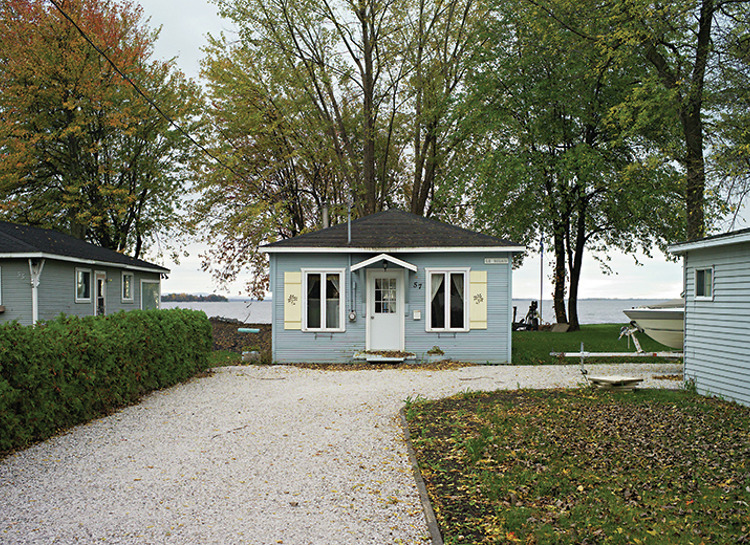 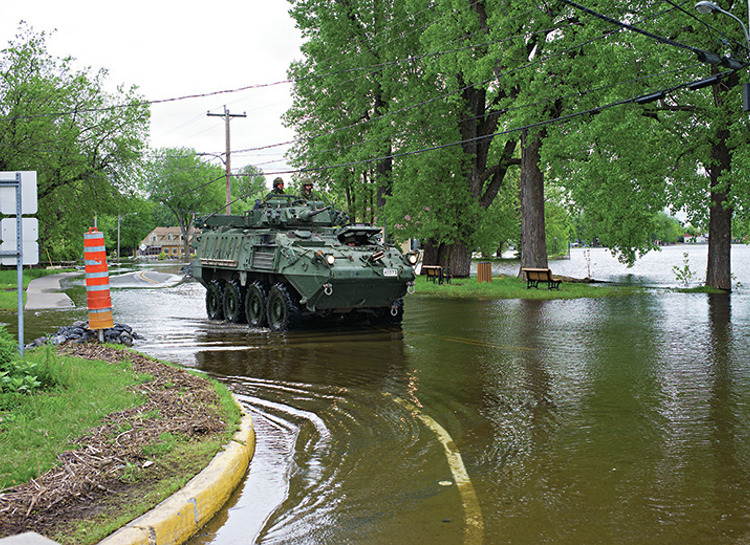 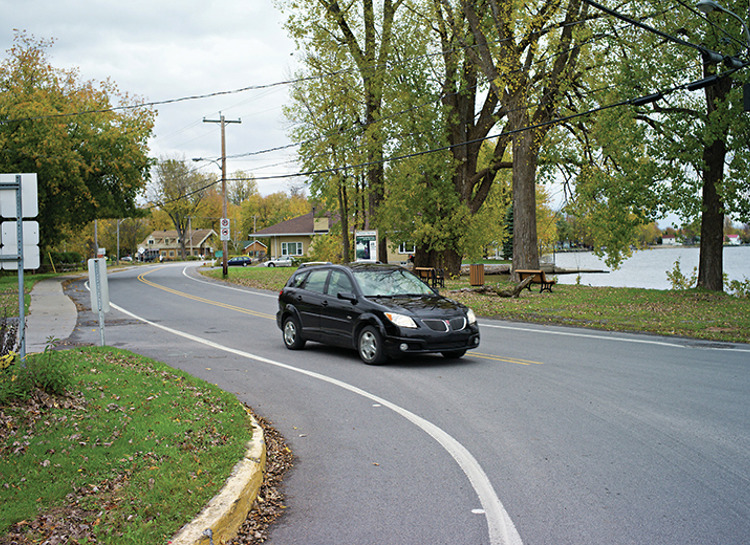 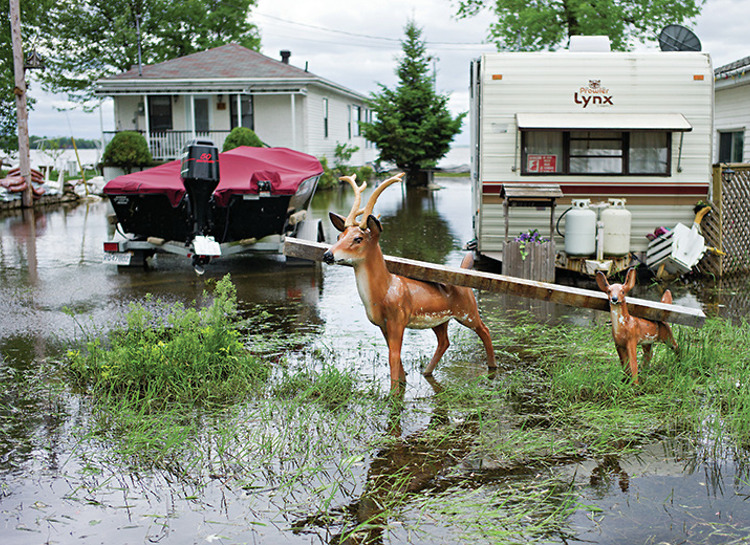 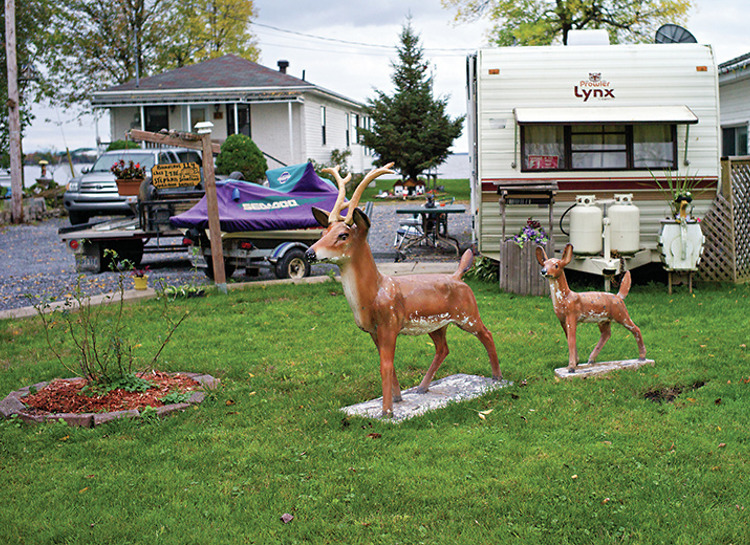 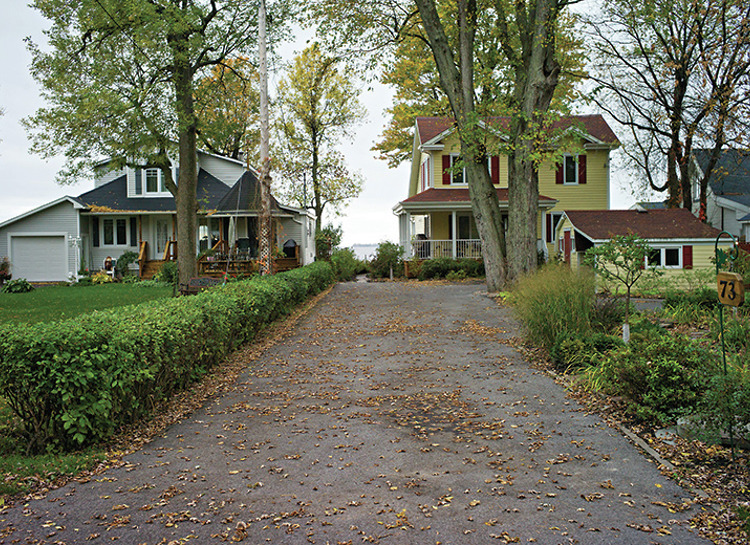 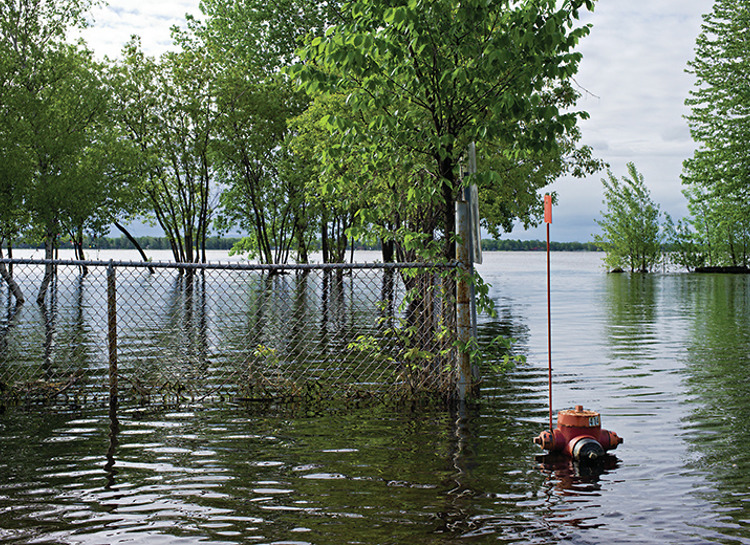 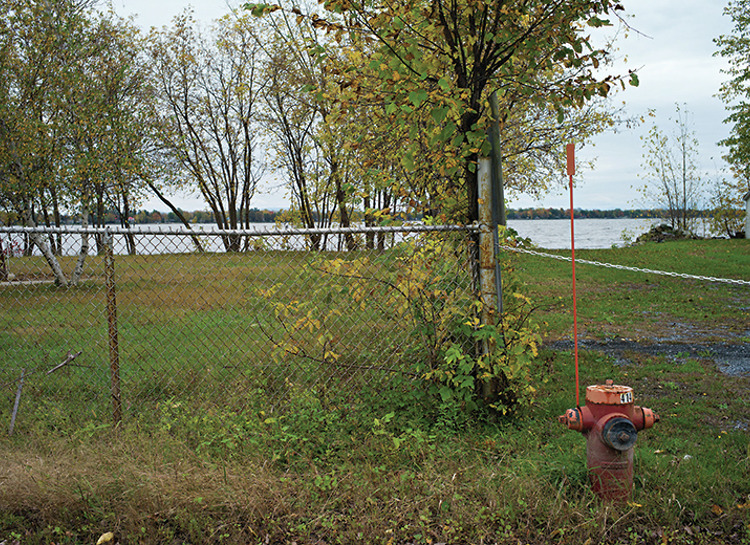 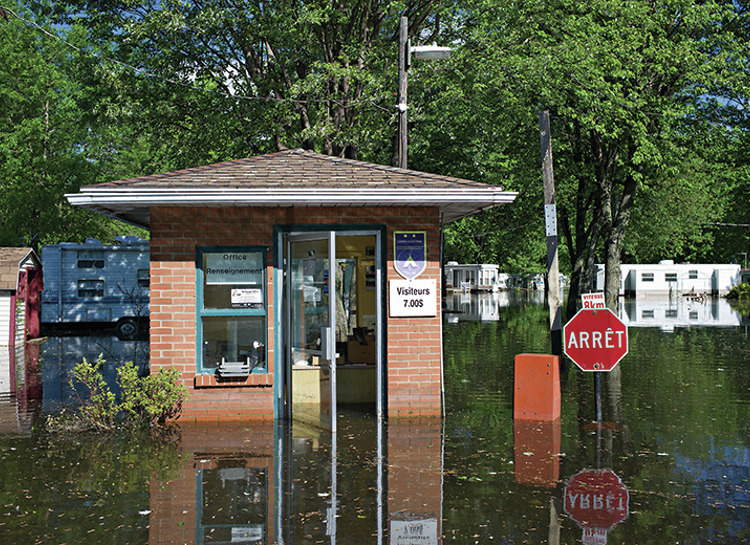 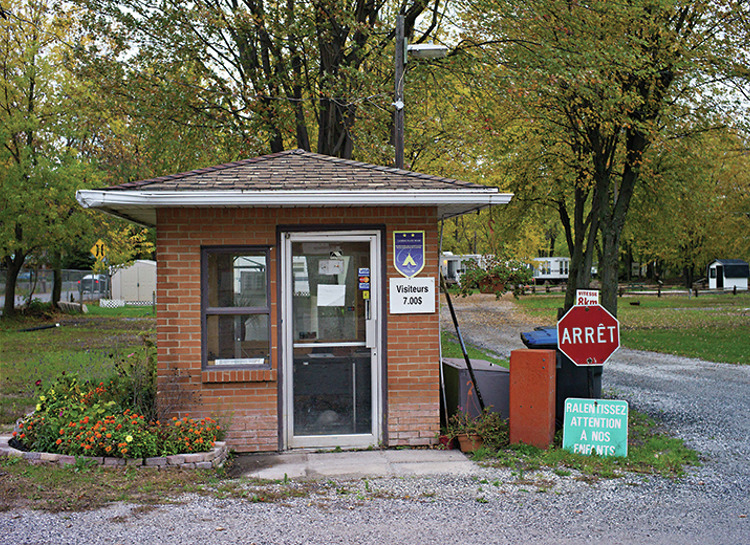 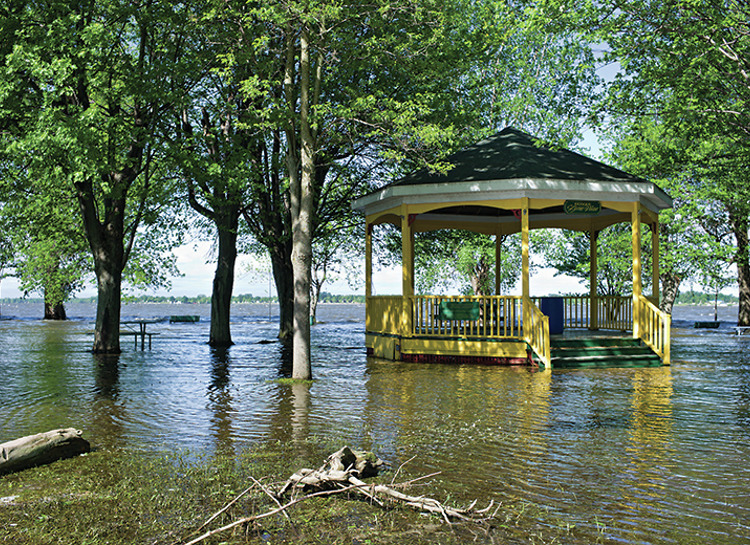 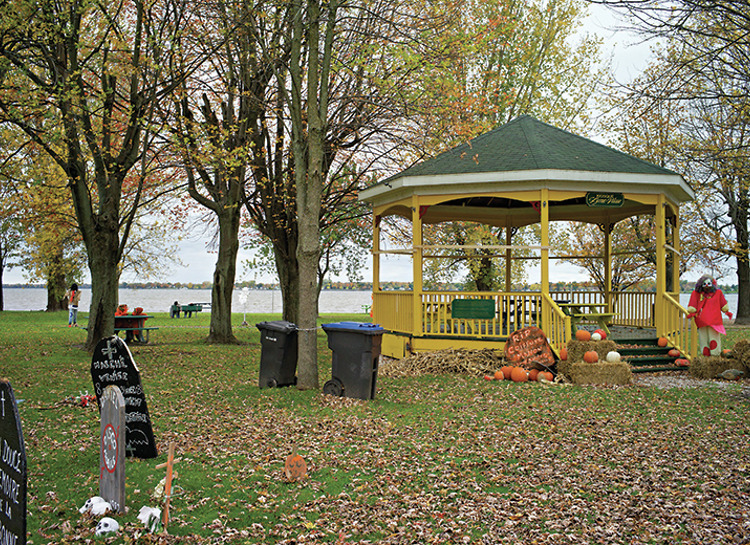 MEMORY OF WINTER
by Michel Huneault

In the spring of 2011, the Richelieu River and Lake Champlain overflowed and flooded much of southern Quebec, damaging more than three thousand homes and businesses in twenty municipalities and forcing more than a thousand Quebecers from their homes.

That spring, the photographer Michel Huneault travelled to Venise-en-Québec, a town of some fourteen hundred residents on the shore of Lake Champlain, to observe and photograph the flooded town. While he was there, Huneault conceived the idea of returning to the flood zone after the waters had receded to photograph the same sites later in the spring, summer and fall.

These paired images, selected from Huneault’s photo essay “La memoire de l’eau,” reveal a small town that, like many others in Canada, faces the possibility of disaster each spring when the snow melts. Huneault’s diptychs point to the very root of the threat: humans’ ambivalence about bodies of water and the irresistible attraction to places bound by nature’s unpredictable forces. The photographs taken during the flood evoke a sense of serenity; the water is calm and the world bright and clean. Only after the waters recede do marks of the disaster appear.

Michel Huneault began photographing while working abroad on international development and peace-building projects. He now photographs for magazines and for OXFAM, World Food Program and other international organizations, documenting their field work. His first solo exhibition, Histoires normales, toured the United Kingdom in 2011. See more of his work at michelhuneault.com.