A fresh look at discarded technology from Todd McLellan, who lays out the
bits "almost like a family portrait," then drops them from the ceiling. The story
of his work, told by Mandelbrot, originally appeared in Geist 81 and can be read below. 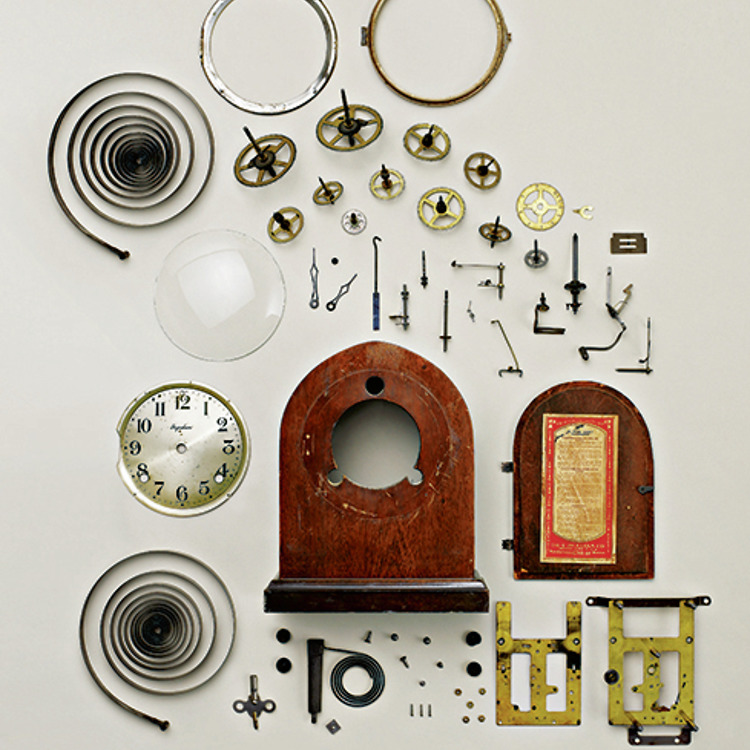 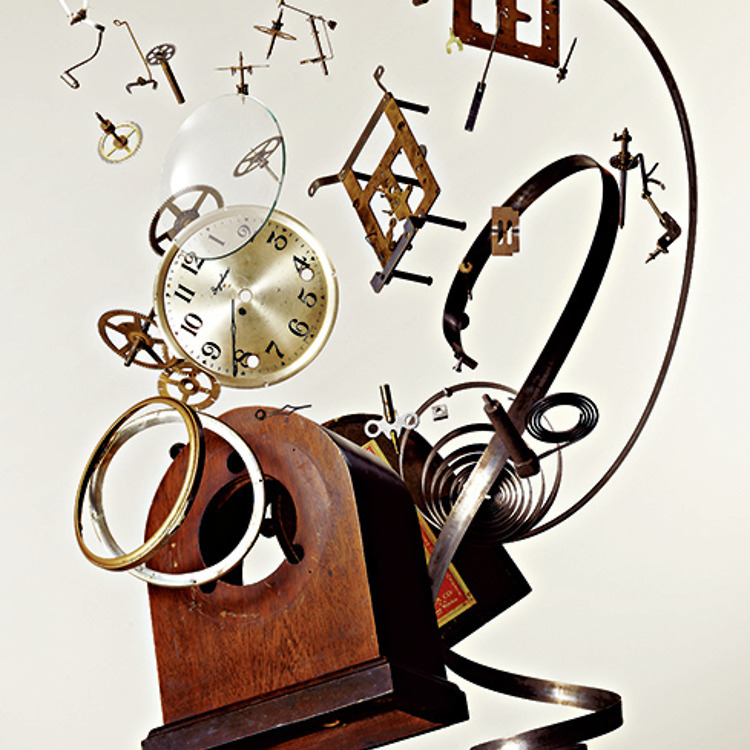 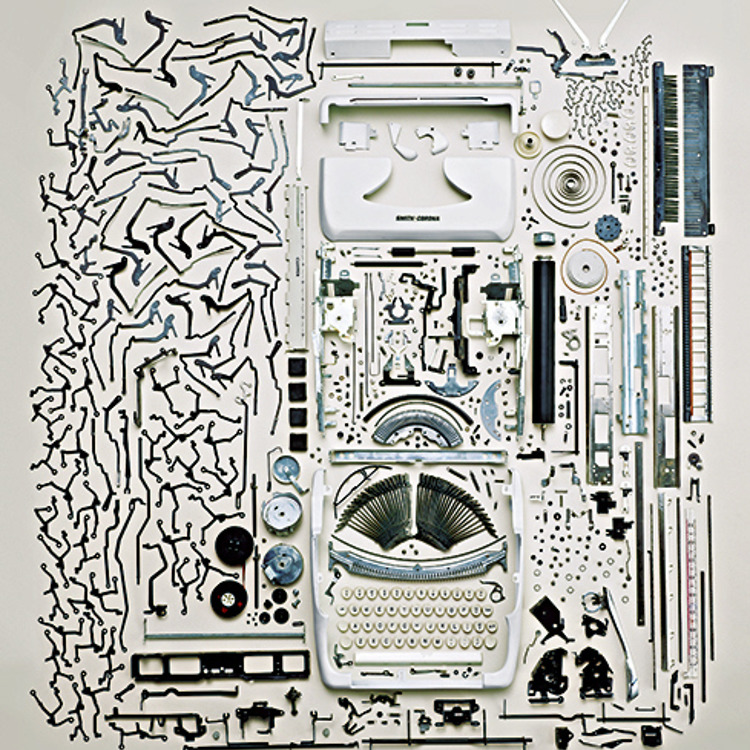 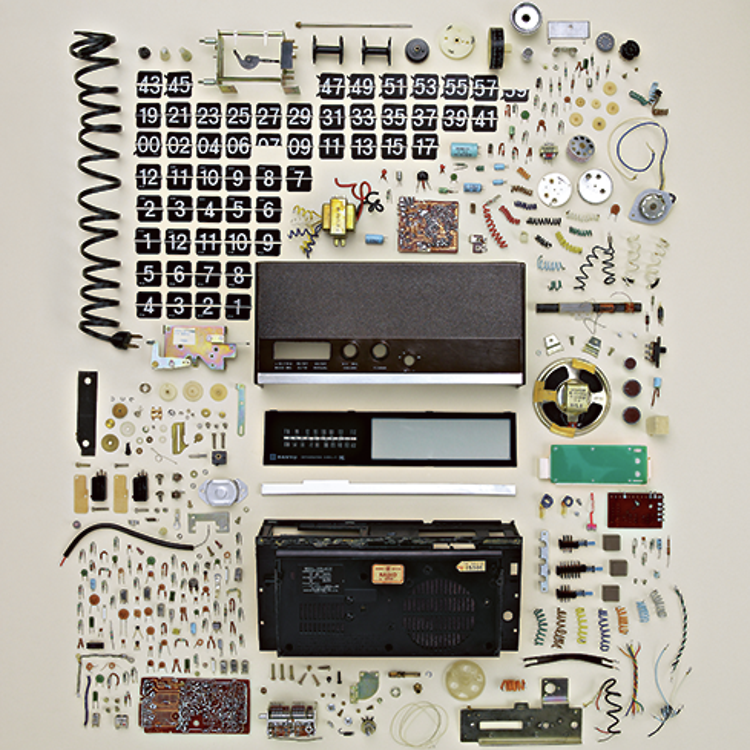 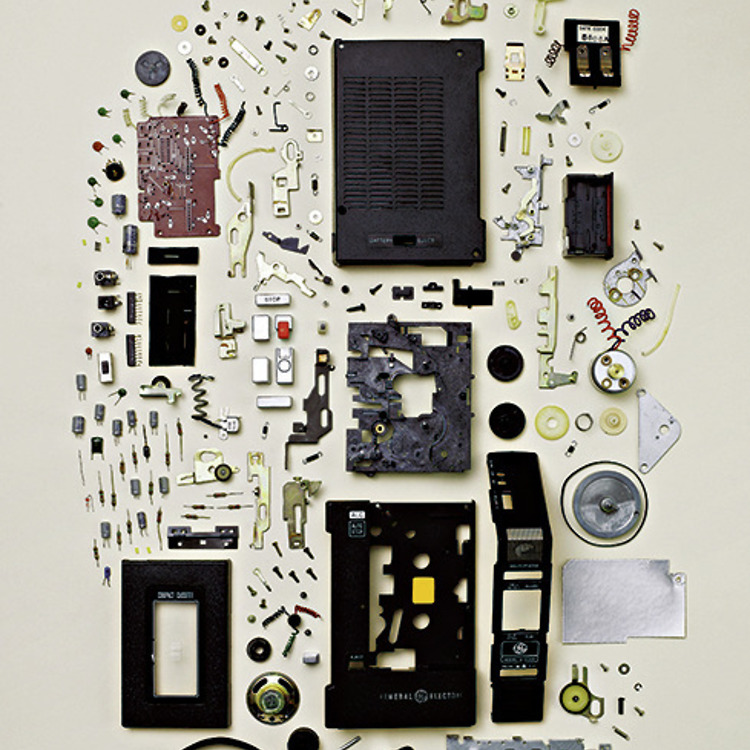 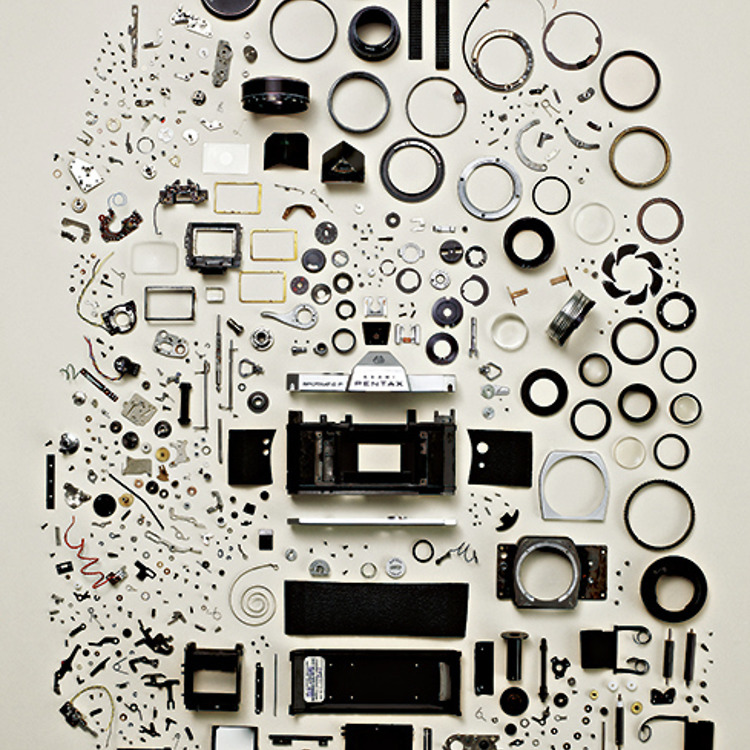 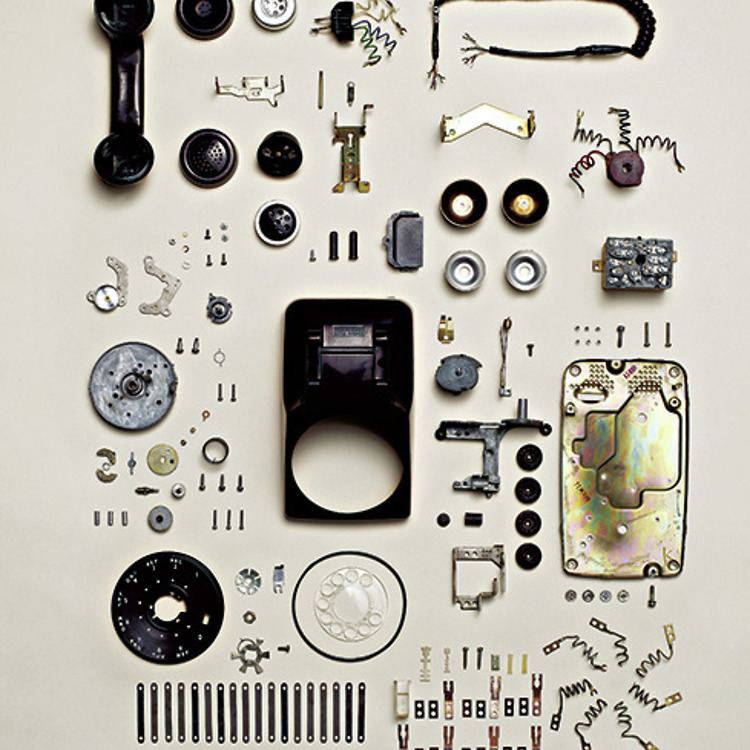 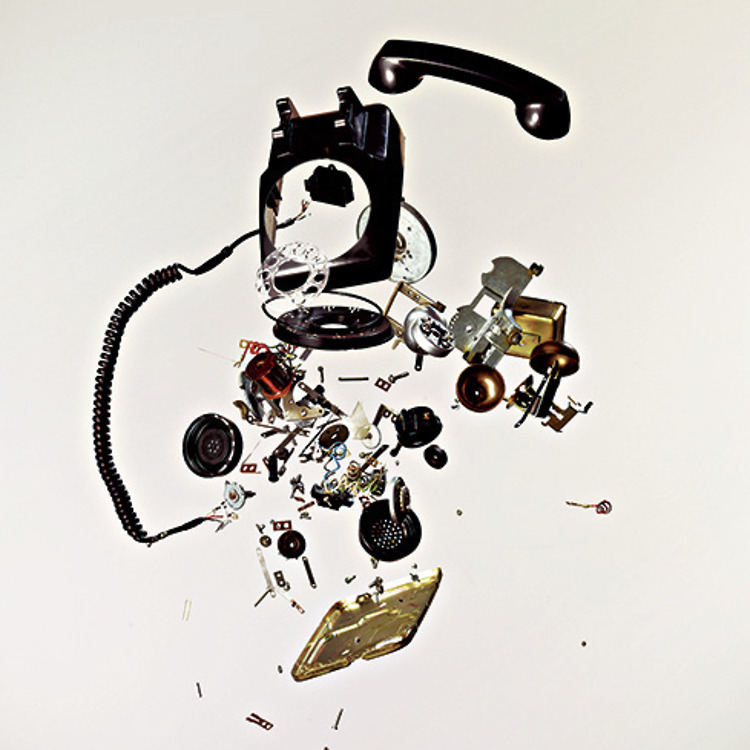 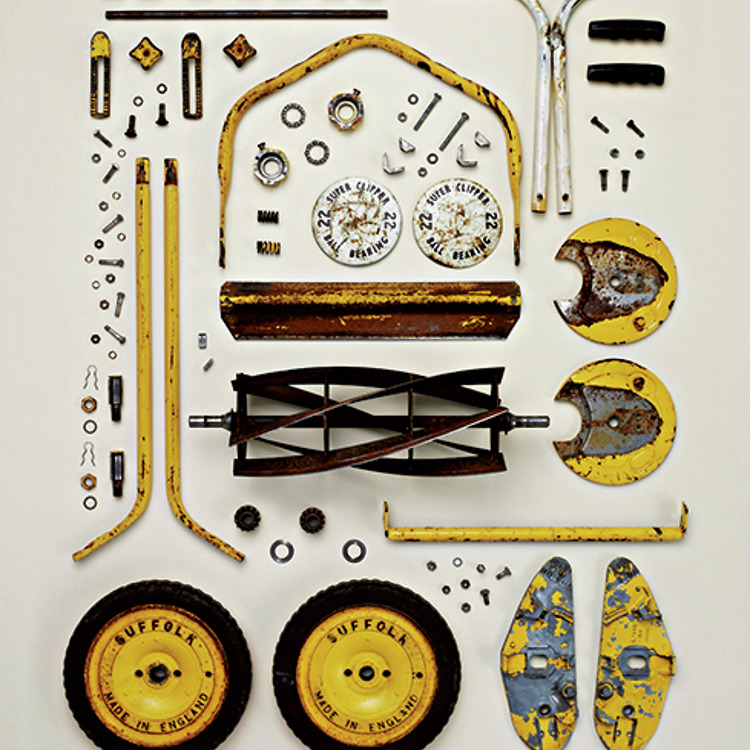 INSTRUMENTATION
The photography of Todd McLellan

These photographs are from the series Disassembly, a work-in-progress by Todd McLellan, who is a freelance photographer in Toronto. McLellan began the project by acquiring examples of discarded technology of the type often found on street curbs and at garage sales. He selected devices that were in good working order, appeared to be well built and were at least partially assembled by hand. He then took each device apart and laid out the pieces in the studio, as he says, “almost like a family portrait.” He wanted each portrait “to look like if you magically swiped your hands across the image they would all fit into place.” For a second series of images (one of which is on the cover of this magazine), he “set the parts free” for each device by dropping them from the ceiling and photographing the fall with strobe lighting. Picking up the pieces was no easy task, he says, but “I made sure that every piece was accounted for.” Todd McLellan’s work can be seen at toddmclellan.com.